With a family of five and a mortgage to pay off, starting his own business was risky but with a close network of customers and a positive word-of-mouth, Nick from Illusion Flyscreens and Security Doors has experienced fast growth and quick success.

“I first heard about WOMO through our web designer. I was hesitant about getting a negative review, but my designer said that with the service I offer, a bad review would be rare,” said Nick.

Today, Nick showcases 59 customer reviews with a five star average and two consecutive service awards on his WOMO profile, but for the local business owner and operator, the positive reviews are only a reflection of the personal approach, great work culture and hard work his team of four have invested into the business.

“Me and the boys have a standard of work we follow and we treat everyone’s home as our own and we are there on time. The reviews display that and it’s not hard at all, it’s just about treating people the way you want to be treated because it doesn’t take much to destroy a reputation,” he said.

Nick always makes the effort to follow up with a customer he’s serviced to ensure they are happy with the job and if the customer doesn’t mind leaving a review, he directs them to his WOMO profile. He attributes his business’ success to the team’s highly rated reviews and has noticed a lot more enquiries as his bank of reviews increases.

“Everyone checks reviews and people review everything. They make people feel for comfortable because reviews tell you the best information and real details that aren’t in a brochure. We’ve had a few customers who have read our reviews, call us and before we even quote they say ‘you’ve got the job’ because they will always choose a business with a list of reviews instead of someone down the road without any reviews,” said Nick.

The current collection of reviews testify to the quality, efficiency and friendliness of the team but Nick’s collection of five star reviews, are yet convince his wife.

“I always tell my wife to read my WOMO reviews and the good things customers have to say. She reads that I’m efficient and reliable in my work and she just smiles and says, ‘if only you’re like that at home,” he laughed.

In the next six months, Nick hopes to grow his team, although he emphasises how much he enjoys the stage his team are currently in. For small businesses struggling to get exposure, he recommends joining WOMO and housing as many reviews as possible.

“WOMO used to be our little secret but people have now seen and they’re starting to join. I’ve recommended it to struggling businesses because it’s much better marketing and exposure than Facebook because WOMO gets seen by more than people who just like your page and rarely interact,” he said. 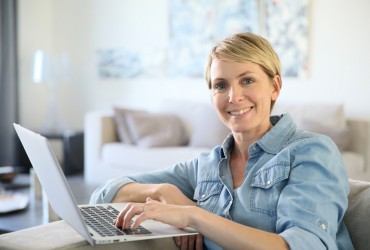 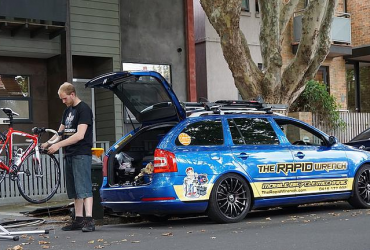