Home  /  Uncategorised  /  Building a Reputation from scratch with Customer Reviews 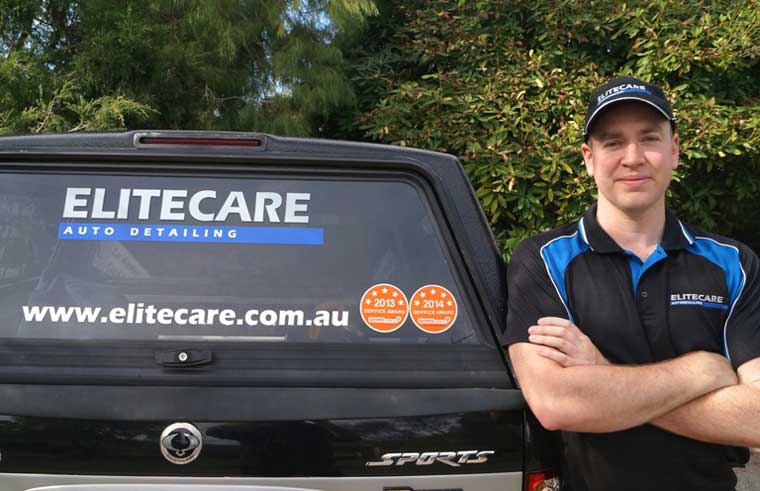 Uncategorised Leave a Comment
With a passion for car detailing and a growing desire to own and run his own business, Rohan Laing began dreaming of starting his own auto detailing business – but his daily reality was an office job with a large company. He spoke with several franchisors and considered going down that route, but the franchise costs would have been tens of thousands (one over $50,000) plus ongoing fees.  Undeterred, he instead decided to soft-launch a business himself, working after-hours, while keeping his full-time office job to pay the bills.

Sending out a note to friends and family, Rohan started his car detailing business on the side. He clearly remembers the first call he got from a customer that was neither friend or family – thinking "Wow, this is amazing!".
Within the first few weeks of opening, Rohan spoke to a friend running a handyman business and asked how he attracts new customers – the answer was WOMO.com.au. So Rohan jumped onto the website, made an enquiry, spoke to a consultant and within the day, had joined the Happy Customers Program. He says; "I wasn't really sure how any of it would work out but the idea of growing with word-of-mouth appealed and I thought it can't hurt to try."

From then on Rohan made sure every single client was given a 'Review Us' flyer (see example to the right), and he makes a point to discuss the concept of reviews with clients as well. He understands that the more reviews he has, the more his business grows…

"I talk to every customers and I ask them whether they've seen my reviews. 60-70% say they found me through WOMO!  Those ones know all about it so it's easy to ask for a review. With the others, I explain how important reviews are for my business, but also for all kinds of businesses. I tell them I found my bookkeeper on WOMO and use it to choose all kinds of businesses – both personally and for my business. Most people are pretty receptive to the idea."

Since starting as a side business, Elitecare Auto Detailing has grown incredibly strongly. Rohan made the leap at the start of this year and quit his day-job "a scary moment, but it was a decision that I'm very glad I made".

"Customer reviews are great because they make businesses truly accountable. Every customer could potentially leave a review, and that inspires me to continually lift my game and give 110% to each and every customer."

Rohan says that customer satisfaction is something he wanted to build the business around;

"Nothing speaks louder than what your customers say about you."

Rohan now has a professional website and has included the WOMO Widget on a couple of the key pages – although it only went live two weeks ago, it's already driving new enquiries and sales.
We asked Rohan what his secret to customer service is. His answer; "Put a big smile on your face; Be super friendly; and check everything – never leave until you've made sure the customer is happy".

He says the most common type of work he gets is people that are selling their cars and a typical response is "Wow, I'm not sure if I want to sell this car anymore!"

"I'm so glad I didn't go down the franchise route. Essentially I've built my own reputation and brand through my customers reviews. I've saved a heap of money and I've got complete flexibility."

Rohan says business is continuing to grow strongly and he expects to put on some more staff fairly soon.

Want to grow your business with customer reviews?

No joining fees!
Set up your business listing and start the Happy Customers Program now.