Standard generators have been accompanying us for decades in assisting as a reliable power backup source for electric and electronic appliances, especially at the time of power cuts and outages. And this industry has been growing with steady progress in terms of market size as well as technology where the new innovations in this market such as the inverters are gaining more popularity with time.

While you cannot ignore the conventional generators’ contribution for their exceptional capability of delivering tens of thousands of watts in terms of power, when it comes to the best inverter generators, they usually overpower the standard ones for its incredible power generation capability relative to its size.

But then, several other factors make these inverters a preferable option over the traditional generators for your household power backup needs.

Inverters equipped generators are quite compact in size and are relatively light in weight. In fact, some of the variants, such as the 1500W or 2000W ones, can be easily carried from one place to another. This also makes these variants a preferable garage companion for your outdoor purposes such as camping and RV’ing as inverters are portable as well on the other hand.

When compared, the standard ones are often bulkier in size and design. Usually, they weigh more than the inverters in relative terms. Some of them household versions of higher wattage can weigh as much as up to 200 pounds or more. So when factors like size compatibility and portability are concerned for generator power sources, inverter technology is a win-win.

One of the most common problems that household users face with conventional generators is the constant exposure to power hazards such as overloading, fusing, or short-circuiting when the powering the modern-day electronics is concerned. And this persists unless your generator is featured with an external regulatory circuit to handle the output fluctuations.

Inverters, on the other hand, come in handy for their stable output delivery capability, making it better and more readily available for electronic appliances.

While both the machinery perform the same task, they still differ in terms of internal functioning. Inverter generators perform the extra function of rectifying the input available in the form of direct current and again using power inverter circuitry deliver a subtle, undistorted alternating current and desired voltage amplification at the output end, thus eliminating any chances of signal distortion.

We are inclining more towards the use of modern tech-friendly gadgets, which often demand compensation in terms of smooth and stable external power signals. This is addressing quite well with inverter generators. They avoid damage to your gadgets from power overload, short circuit, etc., by delivering clean electricity with consistency.

Fuel-Efficient Replacement For Your Power Needs

Standard generators are made to deliver a consistent output of expected wattage irrespective of the number of appliances so connected. They thus consume fixed fuel at the input, no matter if you are using it to its full potential or not. But this is not the case with the inverters. These modern tech pieces of machinery regulate the power as much as needed. That means, if you own a 4000W inverter and consume 2000-2500W on an average, then your generator, in this case, will modulate the fuel input to limit power at the output and match with the requirements. This not only saves fuel but also prevents energy from being wasted in the meantime.

The run time of a generator is calculated as the maximum time (usually in hours). It will run on a full fuel capacity with a maximum output load. But that’s not the case in reality, especially when considering the household use as we don’t always use all the electrical or electronic appliances simultaneously.

The advantage of fuel efficiency, along with the output modulation ability of inverters, adds up more to the overall run time of the machine, which, as evident from the scenario discussed above, is not the cade with the conventional generators.

Standard generators are way noisy in terms of operations. In fact, you would be able to hear one operating from as much as 3 to 4 streets away from your neighbourhood – that’s almost a couple of hundred yards, to say the least. Apart from this, the extra smoke and pollution that they create when working along with the noise of as much as 80 dB or even more often make them unbearable, especially if you have one buzzing right next to your window. Such issues with modern power tools and appliances have also made various localities put specific regulations to limit their usage.

Inverter generators, in contrast, are calm abiding with noise levels as low as 45 dB, making them least bothering your neighbours. Besides, they also emit less smoke and pollutants from the burnt fuel, making them even more environmentally friendly. And to add more, most of the models’ specifications of noise levels and emission ratings often fall under the standard regulatory marks, thus relieving you from such issues in the meantime.

Cost-Effective In the Long Run

One of the common dilemmas that usually almost every buyer gets stuck with when comparing generators and inverters is the price differences of these types of machinery, where the standard ones often come at a relatively lower price. Apart from this, their maintenance is also less demanding, and spares are readily available.

Inverters may be a bit costly investment at the initial stage. Still, they compensate quite well with its clean energy deliverance, exceptional fuel efficiency, and more extended run time functionality in a single run. Besides, the best inverter generators always come with a manual to help you cope up with the maintenance issues and are often warrantied for free services while not being so troublesome when functioning. This makes inverters an overall money saver, and a budget-friendly solution for your power backup needs when longevity is concerned.

Solar inverters have been a boon towards delivering the most environmentally friendly power solutions to our household. Understanding the need for adopting the cleaned energy sources in today’s date, installing a solar inverter can be a significant investment when addressed in the environmental concerns.

While the actual choice of preference for generators as a power back up in the form of standard or inverter variants is absolutely dependent on the buyer as per their requirements and needs, the inverters, however, definitely work as a better option for your power backup needs when the above comparative factors are taken into consideration. Not only do you go save money and fuel in the long run, but you also contribute towards adapting a cleaner source of energy as a part of your house and a healthier environment. 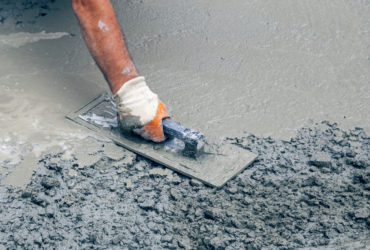