Açaí has blown up in the last ten years or so in the Western world, but this purple berry has actually been eaten for thousands of years. Go to any place serving breakfast and there’s bound to be an Açaí bowl on the menu or a drink containing Açaí berries. These berries are difficult to acquire and have a short lifespan but are quite abundant where they grow. Nowadays you can find Açaí in teas, supplements and even skin creams, plus Açaí bowls look great on social media due to the assortment of colourful fruit.

Here are some interesting facts about Açaí berries that you may not know:

Açaí berries have been eaten for thousands of years

It’s hard to imagine that Açaí grows wildly across hundreds of thousands of acres of the Amazon River delta given that it’s such an exotic food in Australia. It’s been a staple part of the Ribeirinhos’ diet since before recorded history. The Ribeirinhos were the first tribes who settled in the rainforest. The way Açaí berries are harvested today remains the same, where people scale the trees and bring down the berries, which are then soaked for hours in water to soften the skin and flesh.

The texture of Açaí is creamy, and it has an earthy flavour with hints of unsweetened chocolate. Açaí is such an integral part of the Ribeirinhos’ diet that a meal isn’t complete without the fruit and a common saying is: “Without Açaí, I’m still hungry”. The fruit can be eaten with fish or game or by itself, like soup.

From jungle to jujitsu

In the early 1970s, the Ribeirinhos began migrating to the northern cities of Macapá and Belém, taking Açaí with them. Açaí would be shipped by boat from the rainforest and sold at roadside stands, where vendors would pulp the fresh fruit with mixers and sell it in zip lock bags. It’s still sold like this in many Amazonian cities today.

Açaí made its way south to Rio and São Paulo in the ’80s where a famous martial arts family, the Gracies, who came from the Amazon made Açaí part of a special diet for jiu-jitsu trainers who came to their gyms. Jiu-jitsu was also taking off at this time and the Gracies fed Açaí to jiu-jitsu fighters as it was a great energy booster that didn’t sit heavily in the stomach. Soon surfers and volleyball players began eating Açaí too.

Açaí bars started popping up in Brazil’s largest cities which became a place to hang out with friends and enjoy some delicious Açaí together.

Açaí is notoriously hard to transport because the pulp degrades quickly. Even before being shipped within Brazil it has to be frozen, which is why in Rio and São Paulo it’s served like ice-creams. Often Açaí can be found in powder form, a capsule or as an ingredient in a smoothie or juice.

The longer the shipping distance, the higher the price of Açaí. The berries have to make the long journey from being cut from the palm trees to long hikes along trails and sometimes by canoe as well if it’s deep in the jungle. The berries have to be kept out of direct sunlight to prevent drying out the fruit and then received at a pulp weighing area. Açaí must be frozen before being transported around the world to preserve the nutrients. You can find frozen Açaí in Australia at restaurants, cafes and supermarkets.

It’s a positive force for saving the rainforest

In 2014 even before many people had heard of Acai, production of Açaí in the Amazon was worth more than $US125 million, and it’s part of a movement to promote non-timber products and reduce deforestation. Açaí berries are not only a source of income for the local economy but the environment that’s had thousands of hectares of rainforest cut down due to timber logging.

In the eastern part of the Amazon, Açaí is the most promising species for sustainable management of non-timber forest products. Açaí production has also created up to 15,000 new jobs in the region.

Yes, Açaí is pronounced with a soft sound on the ‘c’, and the word actually comes from the Portuguese adaptation of the Tupian word meaning “fruits that cries or expels water”. Brazilian folklore suggests that many years ago, Chief Itaqui in the Amazon ordered all newborns to be put to death due to famine. When his own daughter gave birth, and the child was killed, she cried and died underneath a newly sprouted tree. That tree fed the tribe and was called “Açaí” because that was the daughter’s name spelled backwards.

Instagram accelerated the popularity of Açaí berries. Ten years ago, Açaí was virtually unheard of in the West, which is around the same time when Instagram launched in October 2010. Since Instagram is a visual platform for people to share photos, people really loved the vibrant colours of Açaí bowls.

Did you know the hashtag #Açaíbowl has over 1.4 million posts on Instagram? Influencers have played a big part in promoting Açaí bowls because it’s the perfect image of healthy eating. As more influencers started posting photos of Açaí bowls on Instagram, their followers wanted to be part of the trend.

Since the introduction of Açaí berries to the West, cafes in the USA, UK and Australia have caught onto the trend and added it to their menus to appeal to younger people.

This purple berry continues to be popular today, and many people love adding it to their juices and smoothies for extra nutrients. Despite only being in the West for the last ten years or so, Açaí has been around for as long as human records and remains an important part of the local economy in the Amazon but also the diet of the local people.

Author Bio: Adam Bogatin is the owner of PurpleFoods, a wholesale distributor of Açaí and frozen fruit in Australia. 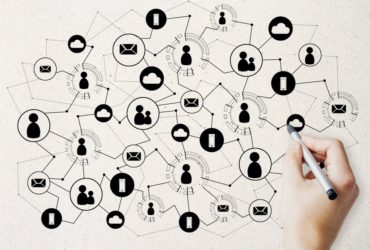 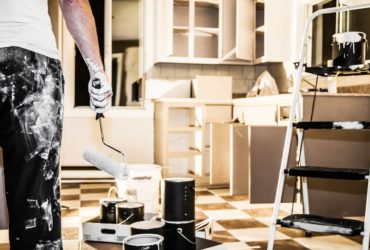 Next Article   A Quick Guide to Post-Construction Cleaning